I truly believe that as my position has changed and I have moved into administration, the more people I serve in my role. I have been absolutely blessed in having the best mentor a leader could ask for in Dave Gundlach and the other leaders who have unofficially taken me under their wing to show me the way to best support the people I work for. Proof positive that no matter how “high” you think you are on the ladder, everyone needs a mentor.

Sometimes, however, I learn just as much about leadership from people and stories that I might not want to emulate. For example, I was speaking with someone recently who works at a paper converting company. They explained that there is a supervisor who is, what I would describe as, the quintessential manager and seems to exhibit few leadership qualities.

There are two shifts at this particular plant. The first shift was performing very well. They consistently maintained producing at 115-120%. The second shift was performing significantly under 100%. In an effort to drive production in the second shift, the entire plant was brought in and sternly told they weren’t working at their full capacity, and the expectation was 100% every week.

What happened? Second shift continues to be below 100%. First shift has dropped to 100%. 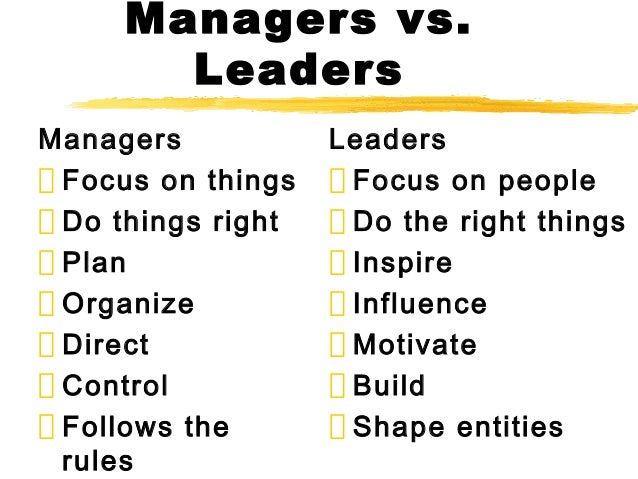 So, the question is: how could the manager have handled the situation differently in order to keep the first shift working at above 100%, and also raise the performance of the second shift?

This scenario isn’t much different than the one that I gave in a previous blog post about Teacher Evaluation Systems. Many times, initiatives seem to be implemented to bring up our teachers who need additional assistance to be successful, but in demanding additional compliance in order to help these teachers, we put a ceiling on our highest flyers. In the case of the paper converting company and education, I think that the people operating at a lower level would benefit from leadership that provides them with peer coaching, additional training, and is willing to have the difficult conversations with people who need them individually. For example, both the attitudes and the conversation would have looked much different if the manager would have said, “First shift has been doing a phenomenal job of producing at 120%. Clearly, they are doing something that is making them highly successful. We would like to see what that is, and would like to give everyone the opportunity to learn from one another. We are going to alter our schedules slightly for the next few weeks to allow for collaboration between first and second shift.”

In the discussion with the employee, I also discovered that training time had been cut from a minimum of one month on a new machine down to two weeks or less but there was no adjustment to the expectation of efficiency. Often times in edu, initiatives are implemented with little training or professional development. We know this with students…practice makes perfect. As leaders, if we cut back on training and professional development, we need to reevaluate how effective we want teachers to be. If we want them to be highly effective (duh) then we need to allow them the opportunity to learn and grow and give them time to practice those skills.

We often talk about public education and the private sector as being two completely different entities, and I would agree that it is different when your “products” are children and their futures versus a ream of paper. However, I think that it is worth noticing that there are similarities as well. Leaders and managers possess similar characteristics wherever they are, whether they work in either sector. Their capabilities, strengths and weaknesses can be the catalyst for positive change or the push that plummets productivity.

2 thoughts on “Public Edu vs Private Sector: Is leadership universal?”