I had one of those days yesterday where you question how effective you truly are at your job. When you realize that thinking you’re on the same page as somebody and actually being there are two different things. I tried to reflect on my leadership skills to see where it is that I’m lacking…places where I could make change in order to be the leader I need to in order to move people forward. I often see the same struggle in the people around me: the technology mentor teachers that I work with and how discouraged they are when people don’t show up for their professional development, or a technology integrator friend of mine who’s struggling with administration right now in trying to get them to see what’s really best for teachers. It’s sometimes easy to get stuck when you feel like you’re pulling people along instead of supporting people in their own desire to move forward. I questioned whether I had what it takes to even live in this role, and if I was able to actually dig down and find the part that told me I could, where do I go from there?Recently, I’ve had several discussions about modeling the behavior we want to see. This needs to happen at all levels. If a teacher wants a student to be an effective listener, are they modeling that behavior when the students are talking to them, or are they distracted and thinking about 10 other things? If an administrator is asking a teacher to be a global collaborator, are they connecting with people on a global scale and modeling that behavior? We can’t expect things out of people that we’re not willing to do ourselves. After several lengthy discussions with a few members of my PLN, I came to the conclusion that I need to be the change that I want to see. If I want people be reflective and embrace growth, or if I expect people to be uncomfortable and learn, I better be willing to do those same things myself to show them that I’m walking the walk.I can’t preach change and stay stagnant myself and expect people to take me seriously.Recently, my phenomenal mentor has challenged me to learn more about the back end of our technology department. My strength is instruction and teaching and curriculum and not networks and switches and routers. I balked when he first told me this. “I hate that stuff,” I said.It made me uncomfortable because I didn’t understand it. I honestly thought to myself how much of my brain power am I willing to allocate towards learning that. But, I set up some time with my network administrator and I’m slowly becoming familiar with that area. I don’t particularly like it, and it makes me uncomfortable to be so unfamiliar with a large part of our department, but if I expect other people to grow and change, I need to have those same expectations for myself, especially when it’s an area that I don’t particularly like.So, at a time when initiatives are plenty and I feel like there are many days where I’m not only not on the same page but possibly in a different book, I’ve decided to be the change that I want to see. I could give up and say that it’s not possible to make change, but I’m going to choose the higher road and continue to model this attitude and behavior because in the end it’s about the students and what’s best for their learning, which alone is a good enough reason to make the effort. 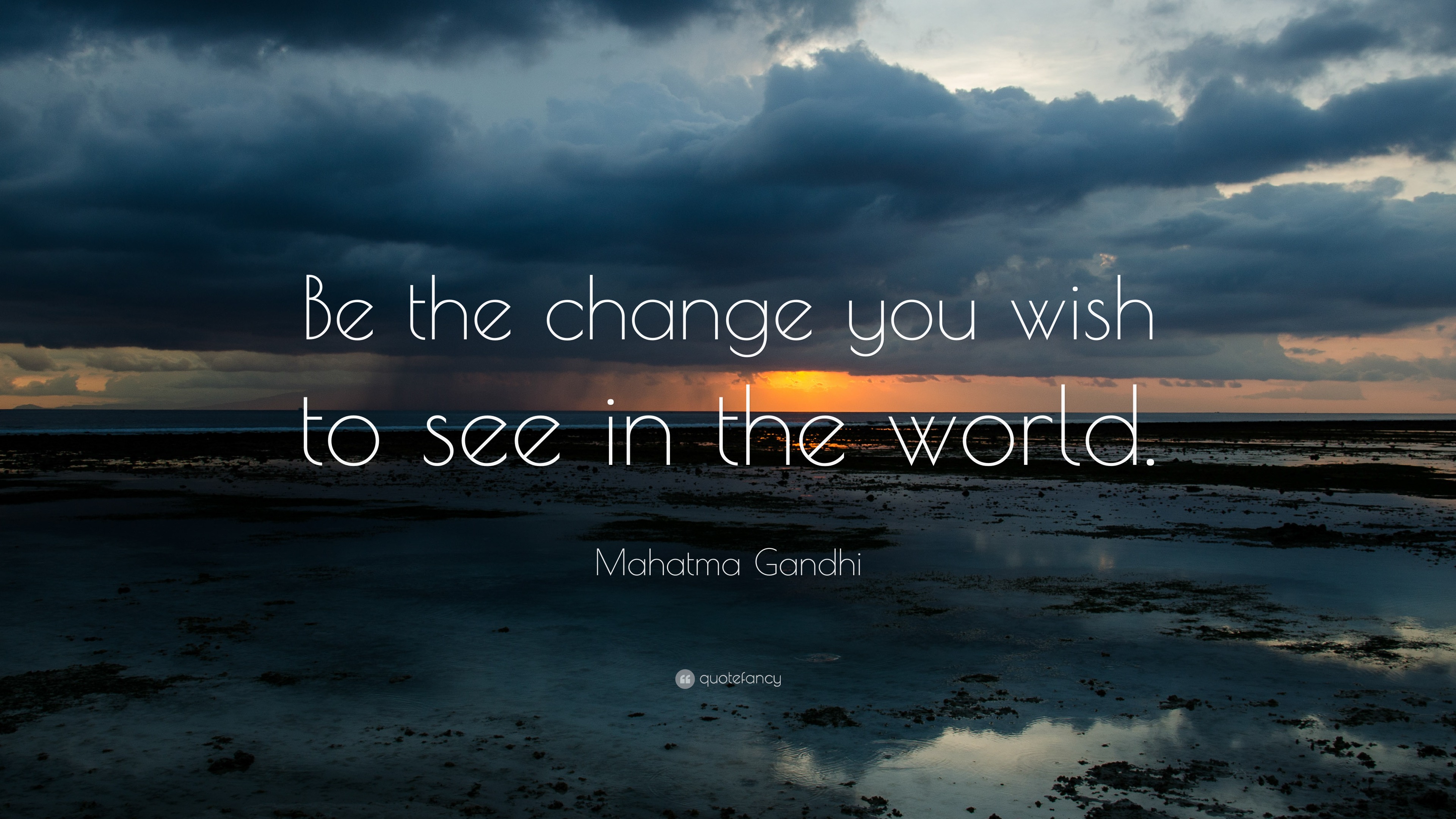