Teachers are busy. No doubt. There are a million things going on around them at any given time. While trying to live in the moment, they are reflecting on what just happened and thinking about what needs to come next. Being a teacher brings the role of “multitasker” to a whole new level. However, while our jobs may include standards and best practices and getting that next math lesson ready, our entire reason for professional being is for our students, and being aware of our interaction with them is one of our most important duties. Here are five things I think we need to remember when talking to students:

Oftentimes, we have an undercurrent of a to-do list running through our head at all times which keeps us from actually living in the moment that we’re in. With such busy minds, it can be difficult to remove the thinking that distracts us from what is happening right in front of us.  Sometimes, I am thinking about an answer prior to the person even finishing, which diverts me from catching additional information they might be giving me in the conversation. Also, kids have super skills in detecting if someone is paying attention. It’s imperative that we turn our attention to whoever needs us, quiet our minds in order to be in the moment with that person and give them our full attention.

Empathy can be a hard emotion to conjure when you’re constantly on the move or trying to determine if a recess disagreement was bullying or tattling. But, so many of our kids are coming to us from situations that are not anything we’ve been unfortunate enough to experience. Recently, I was speaking with a consultant who worked in an area that the gang activity was really high. When working with a principal in a school from the area, they determined that the high rate of teen pregnancy was because the gang members were impregnating girls in order to raise the next generation of gang members. Think about the level of mental and physical strain that those kids were going through, yet they were still coming to school. Some of the kids have situations at home that we, as adults, we would be crawling under the covers and refusing to come out, yet they come to school and are expected to learn and act in a socially responsible manner. Sometimes, the most difficult kids are the ones that need our love and understanding the most.

When my son was in first grade, he really liked his teacher. One night, he came home and told me that she liked a certain animal, and he was going to draw her a picture. He worked on it for hours, which is impressive for a child who was that young and didn’t like to draw. When he was done, he was proud of his creation and asked me for an envelope that he could decorate to give it to her as a present. I gave him one, he spent more time decorating the envelope, and put it in his backpack for the next day.

After school, I asked him if he gave his teacher the present. He said yes, but didn’t look as excited as I was expecting, so I followed up with, “How did she like it?” He told me that he tried to give it to her, but she was busy and told him to put it on her desk, and then never said anything to him about it so he didn’t know if she opened it or not. He was crushed. He never drew another teacher a picture again.

It doesn’t really matter if you’re talking about a 5 year old or 17 year old, they are just kids. They are trying to figure out who they are, which let’s face it, is something that even as adults we can’t seem to get a handle on. Everything that happens to them will shape what they think and what they do in the future. That one interaction, where the teacher wasn’t present, wasn’t remembering that she was dealing with a child, affected my son. She probably doesn’t even know she did it, but her attitude toward him had lasting effects. They’re kids. They’re not adults. They need patience and attention and to feel like you know they’re there.

I don’t think that adults, including myself, really grasp how kids grab onto our words and actions. Even when it doesn’t look like they’re watching, they are still paying attention to everything we do. An old song that reminds me of this is by Harry Chaplin called Cats in the Cradle. Basically, the song is about a dad who doesn’t have time for his son, and in the end the son doesn’t have time for him. While this may be a little dramatic, I guarantee that when students watch us communicate and interact with others, they are taking in how that sounds and what that looks like and recreating it in their own interactions.

Take a moment and think about the communications you had during the day today. Were you present? Were you being an active listener? Did you smile? Nod? Look angry? Bored? I once talked to an assistant superintendent who I swear was thinking about what he was going to have for lunch throughout our entire conversation. Would you want your students communicating in the same fashion you do? Are you modeling the kind of communication you want your students to use?

They Want a Relationship With Us
When little ones seek attention, it’s because they want adults to realize they’re there. They want to have a relationship with us where we think that they’re awesome. And they are, all in their own ways. Even as the students get older, they want that connection with their teachers. Even if they would never admit it in public, they enjoy having a friendly conversation with a teacher who has taken an interest in their interests, and who can connect with them on another level besides academic. When students talk to us, it is the perfect time to cultivate those relationships and make the connections. Your favorite teacher in school wasn’t your favorite because they were super organized or taught the standard for equivalent fractions…it was the teacher who made the biggest impact by being present, listening, and making a connection. For some kids, these relationships might be the only ones they have, and that connection might mean the world to them. 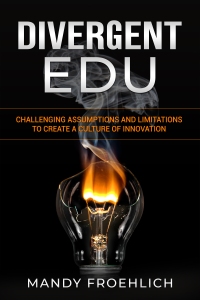 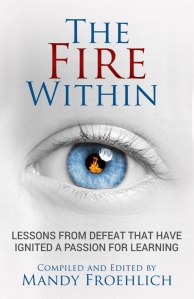