I’ve joked before in posts about living my entire life outside my comfort zone, but it’s true. It’s where I’ve found the most rewarding, unexpected experiences to happen that, in some cases, have changed a part of my person that would not have otherwise been affected. A few years ago, I decided to begin to say yes even when I really wanted to say no. Sometimes, that means considerable angst and anxiety, and my poor friends and family take the brunt of it as I try to work through what seems to be a complete inability to take things as they come.

When I was asked to go to China for an international forum and to visit schools in order to see if there could be the possibility of student exchanges, I was more than apprehensive. China was never a country I considered visiting, and I was concerned about some of the stories I had heard about others’ experiences. However, in the true spirit of trying to say yes instead of no, I agreed to go and, in turn, began my months worth of worrying and concern about what everything would be like, and if I would do something wrong no matter how hard I tried to control my Americanism and end up tragically offending someone. My good friend, Dave Gundlach, was convinced I would cause an international incident. Possibly end up in prison. I didn’t really think he was that far off.

The plan was to travel with our high school principal, Randy Hatlen, and his wife Mary. But while they had each other, I would be going alone. Alone. Another thing I don’t do well at. I was concerned about this constantly. I have traveled alone many times before, so that wasn’t the issue. The issue was the part of being alone in a foreign country in which I would stick out like a sore thumb. We didn’t have a clear itinerary. I didn’t know what to pack. I didn’t know what the hotel would be like. I didn’t know if my curling iron would work (gasp!). All in all, this trip would be the opposite of everything that I need in my life to feel comfortable. Lists. Plans. Checkboxes. And we were missing all of them. Then, to top it off, the first change came instantly when we arrived in China. First thing, I was separated from Randy and Mary to go to a different hotel because our itineraries changed, and I was to go alone. Alone. By myself. In China. I cried for an hour when I got to the hotel. I’m not proud of that, but I was literally past my anxiety point and had no idea what to expect next. I was trying to tell myself that I had an opportunity that I might never have again. It didn’t matter. I was distraught. It was pathetic. 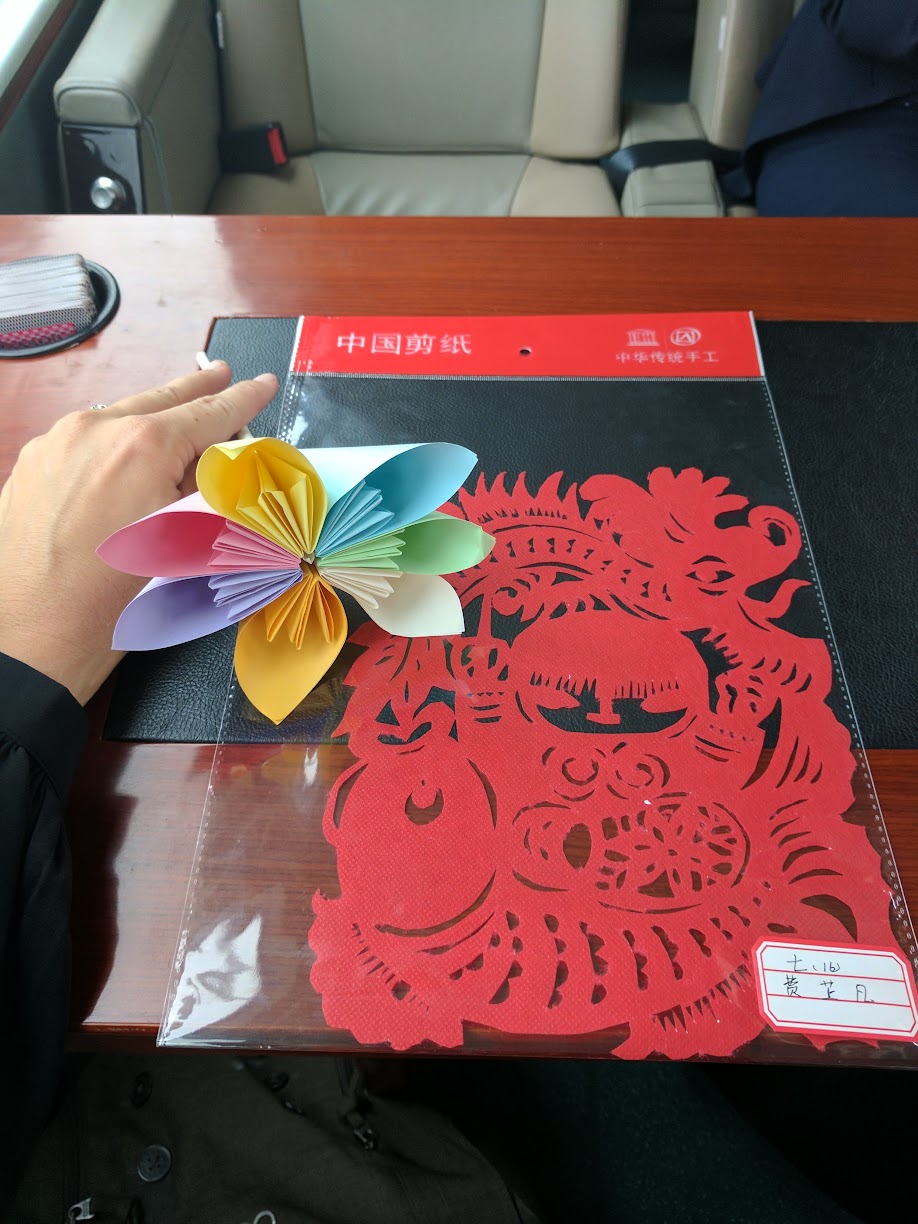 The next day I was exhausted. I had five hours of sleep in 48 hours and I was almost sick I was so tired. However, my first school tour changed the entire game. Changed my entire view, really. Being able to interact with kids and see them learn, even when the teaching was so different and the style was like nothing I had seen, reminded me exactly why I do what I do when I work late hours and go away from my family to conferences and workshops. The students were thrilled to see us. Literally thrilled. They would squeal if we said hello. Blush if we asked for a picture with them or gave them a compliment. One boy, red-faced, head hung and embarrassed, came up to me to give me a paper flower he had made me. He was about 12 years old. It was the highlight and turning point of my trip. Kids are kids no matter where you go. They want to learn and grow and deserve that chance. Leave it to the kids to set me straight. 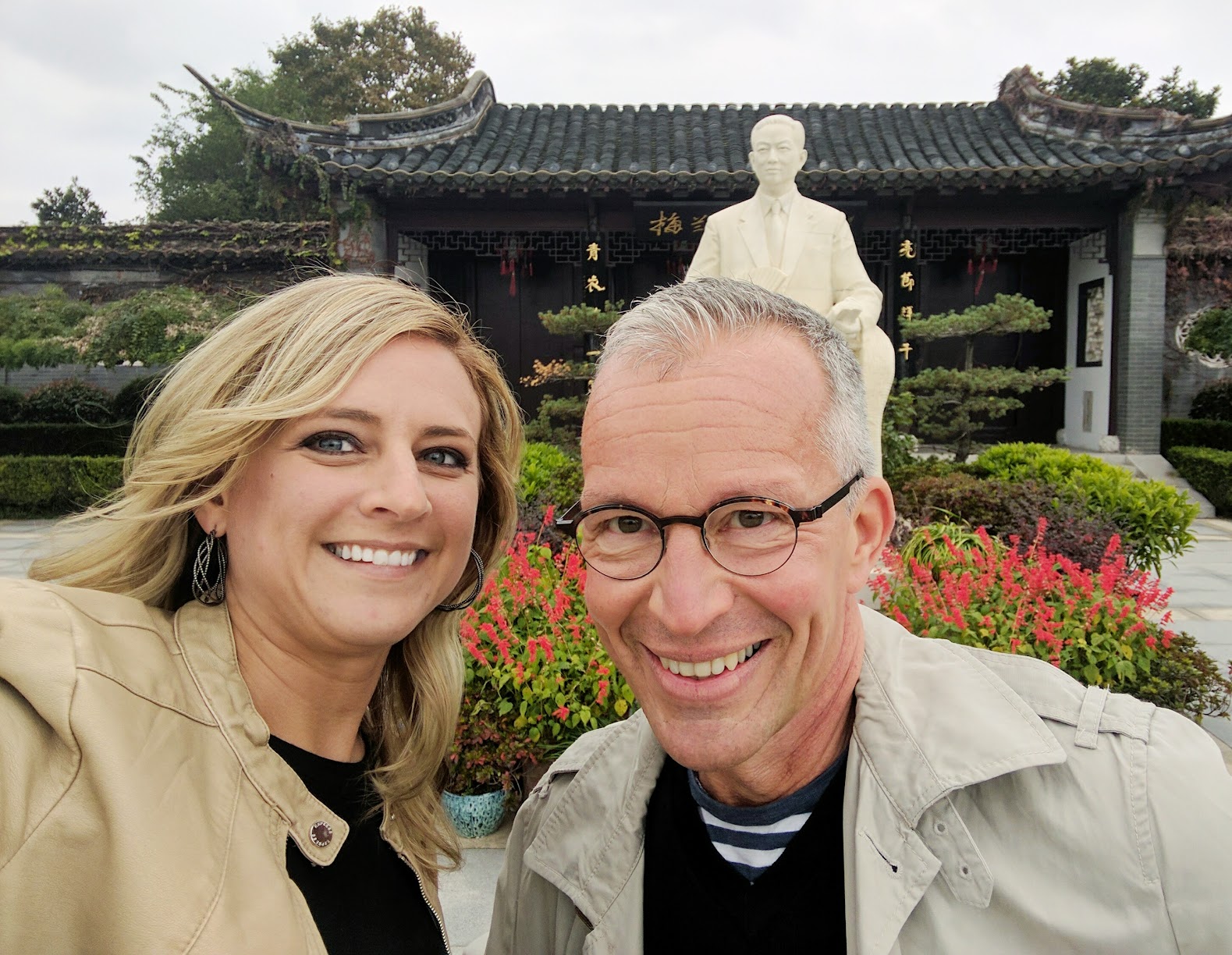 From that moment on, I vowed to try to take things as they came, and that was a good choice for me because had I been looking for the most random experience ever, I would have certainly gotten what I wished for in China. Ultimately, living outside my comfort zone allowed me to have an amazing, life-changing experience. Not only did I cultivate a love for the country and its inhabitants, but I met phenomenal people from all over the world. People that create positive change for education and are truly making a difference in their educational system. I was humbled to be able to be a part of their experience. For example, my new friend Sylvia Paddock, who works with schools to improve teacher effectiveness through professional development and shared professional practice, and who shares my weird sense of humor. Or the amazing Joel Backwell from Australia, who passionately believes that creating relationships with Asian countries will allow students to have opportunities in the future that they wouldn’t have otherwise, and who has quickly become a good friend of mine because he makes me smile just by chatting with him. My new friends Dan Meyers and Scott McLarty who are headmasters of a Catholic private school in San Francisco and are not only ridiculously intelligent, but also the ones who can make me laugh until I cry repeatedly with their quick wit. And finally, Petri Vuorinen from Finland and Rients VanGoudoever, who I was able to have engaging, informative conversations with about the state of education in our respective countries. Also, they might be two of the sweetest people I know. These connections have already enriched my life both personally and professionally in very unexpected ways, and I haven’t even landed back on US soil yet. At one point, we were engaged with people from around the world that represented seven different countries, and an outsider might have thought that we had been friends all our lives. I don’t know about anyone else, but I could use more togetherness right now…less us against them. Hopefully, we were modeling the kind of connections we would like our kids to make; the kind of future collaborations and relationships that they need to have.

I’m more sure than ever that the choice to say yes when my whole being is shouting no is one of my better life choices. It’s not easy. It’s difficult to consistently choose to go against your gut, especially when everyone tells you to follow it. However, had I said no to this China trip, I would have been passing up an opportunity and friendships that I now wouldn’t give up for anything. 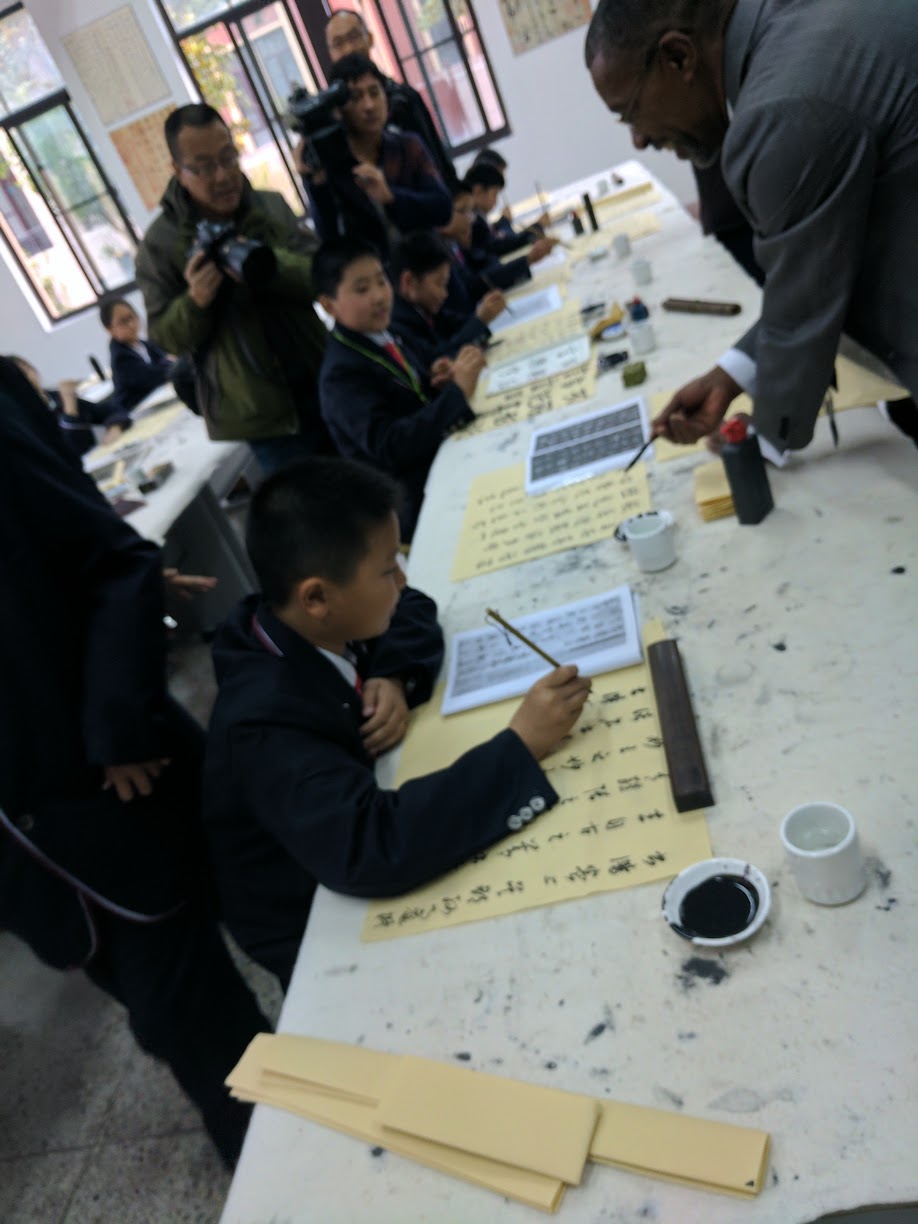 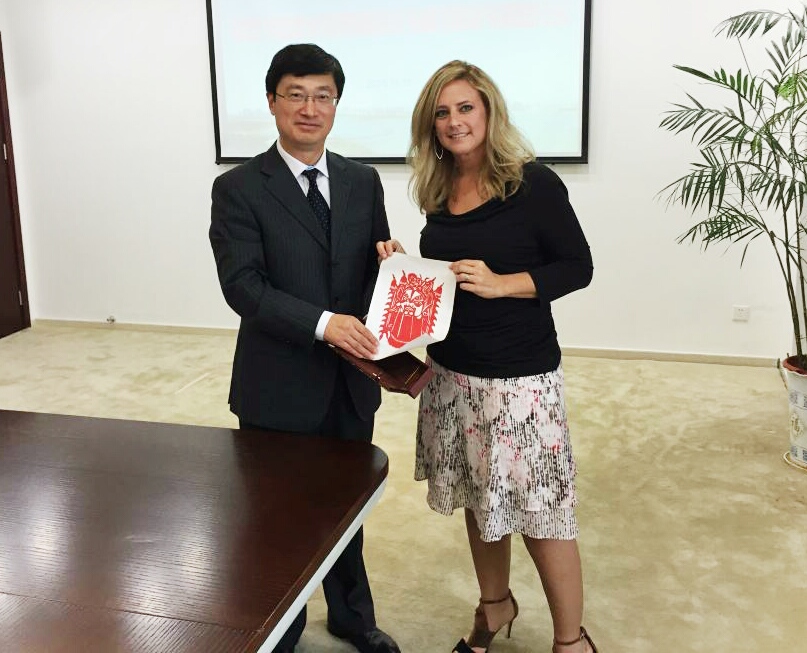